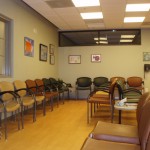 Henry Dittert, MD founded South Austin Medical Clinic 51 years ago. There were five physcians at the time and the office was located at 2222 Western Trails Blvd.

As the practice grew, the office was relocated to 2555 Western Tails Blvd., on July 4, 1985. In 2002 the clinic made the transition to electronic medical records (EMR). By 2004 there were six physicians practicing at SAMC.  In the summer of 2005 the office was remodeled. The office currently has nine physicians. SAMC has been an important part of the Austin Community since 1966. Patients that were first brought here as children now bring their children and grandchildren to our clinic.  We are very proud of that fact.